Last week they sent a customer our way with a petrol patrol that was not running well.

The owner and engine builder were stumped as to what had gone wrong with the patrol.

We happened to be able to supply them with a second-hand sensor off of one of our personal project cars.

This seemed to improve the vehicle for a short period of time but it still wasn’t right.

The 4.5L petrol had the engine rebuilt from there it wouldn’t go properly.

The owner replaced knock sensor, larger exhaust, checked everything.  After the referral from the Sunshine Coast 4wd Wreckers and their experience with  Power Curve Performance.

The 4.5L Patrol owner decided to check on the dyno to see why it’s not running properly.

It wasn’t an instant fix that’s for sure.  After months of trying to figure out what was going on with the 4.5L.

The owner was definitely starting to stress that a resolution could not be found.

Emmas TD42 in her TI was looking like a nice engine conversion for the 4.5.

Every aspect was checked and rechecked.  The day was well finished and still no resolution.

Jesse happened to recheck the intake-expansion pipe as more of the parts were being swapped and tested with ones we had from our own TI conversion.

There is was in the one area that couldn’t physically be reached a hole big enough to put your fist into.

The 4.5 was back on the road after a 4 am start and months of personal investigation back to Bundaberg. 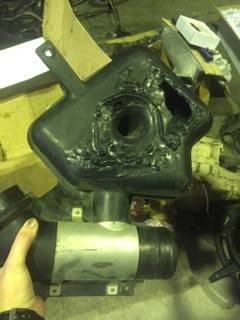 The owner was over the moon with the outcome and not having to unnecessarily convert an additional engine into the TI Patrol.  Also, the team was able to fix a few little things as they went.

So many customers come to Power Curve Performance from far and wide.  On the same day, we had bookings from Sydney, Canberra, Orange, North Brisbane and the Sunshine Coast.

Think Power Curve Performance is the place you need to take your next project to?