On this lovely Friday afternoon Beau one of our mechanics here at Power Curve fitted a HPD Catch Can to a Power Curve Performance ECU tuned Ford Ranger.

Bens Ford Ranger was ECU tuned in April 2016, and it was fantastic catching up with him today.

He still very much loves his Custom ECU tune we provided him and was ready for a few more upgrades.

Today we fitted a HPD Catch Can for him.  Ben had heard from a family member just how important fitting a catch can is for the Ford Ranger. 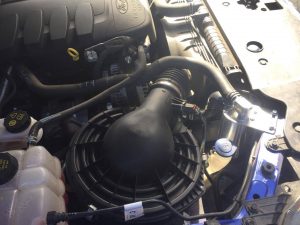 Basically An EGR system recirculates exhaust gasses into the intake of the engine causing the gases to be re burnt.

This reduces emissions, modern diesel engines have strict emission standards that have to be met in order to allow them to enter production, and modifying these systems is against the law.

AS you can see above the EGR system, allows Exhaust gasses to enter the combustion chamber, and the engine has a breather to allow excess gasses from the sump of the engine which is also connected to the intake of the engine.

These two components mixed together generate a black oily sludge, which can block the intake system of even the cleanest of engines. We have seen intake tubes nearly completely blocked from this sludge like the picture at the top of this Blog.

Imagine an EGR system is like cholesterol in your arteries.  We all know a little is part of life a lot will result in a hear attack.  Same theory with your EGR. Too much build up and you have engine/heart failure.

The catch can is very self explanatory it catches the oil before it can enter the manifold and then it is emptied it out as part of your regular service.

This is why as a package we offer:

There are many more important components that can be added such as frequent services by a knowledgeable team who do more than cap price quick fixes. Secondary fuel filter, Snorkel and intercooler also assist with protection of your engine, and reliability.

If your EGR is over blocked you will need to have it cleaned out.  This is a very BIG and time consuming process like cleaning out all of the arteries. $600 vs $30k we’ll let you do the maths.

Ben left today expressing his sense of relief with his catch can installed.  I can comprehend that being in the building trade his Ranger is a big part of his business and protecting its life span extremely important.

I’m defiantly looking forward to catching up with Ben soon to add a Stainless Snorkel and Legendex Exhaust to his Ford Ranger upgrade package. 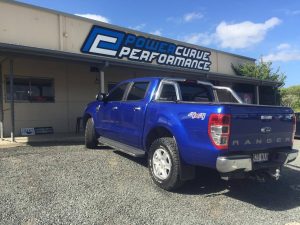