VE SS Commodore from North Brisbane rung last week for a chat with our dyno tech.

Often being difficult to correctly diagnose over a phone conversation he came to see us in person.

By getting an idea of the owners’ problems with the vehicle and testing it on they dyno our proposal was complete.

The ss fuel pump was running out at 5000rpm and tune had been limited to this to stop engine damage.

After having the fuel pump replaced the customer had lost confidence in the shop where the Commodore had originally been modified and tuned.

We had the task of retuning to rectify the 5000rpm limiter.

Unfortunately, the cost of a tune is not just a qualified tuners experience and the use of the dyno.

We tune the VE SS with HP tuners meaning the purchase of tuning credits.

Our tuner was able to successfully tune the engine for the owner as well as fix some idle and spark issues causing low RPM driveability issues.

Given the short time frame with the customer having to return to North Brisbane for work he was unable to stay for a test drive with the tuner. 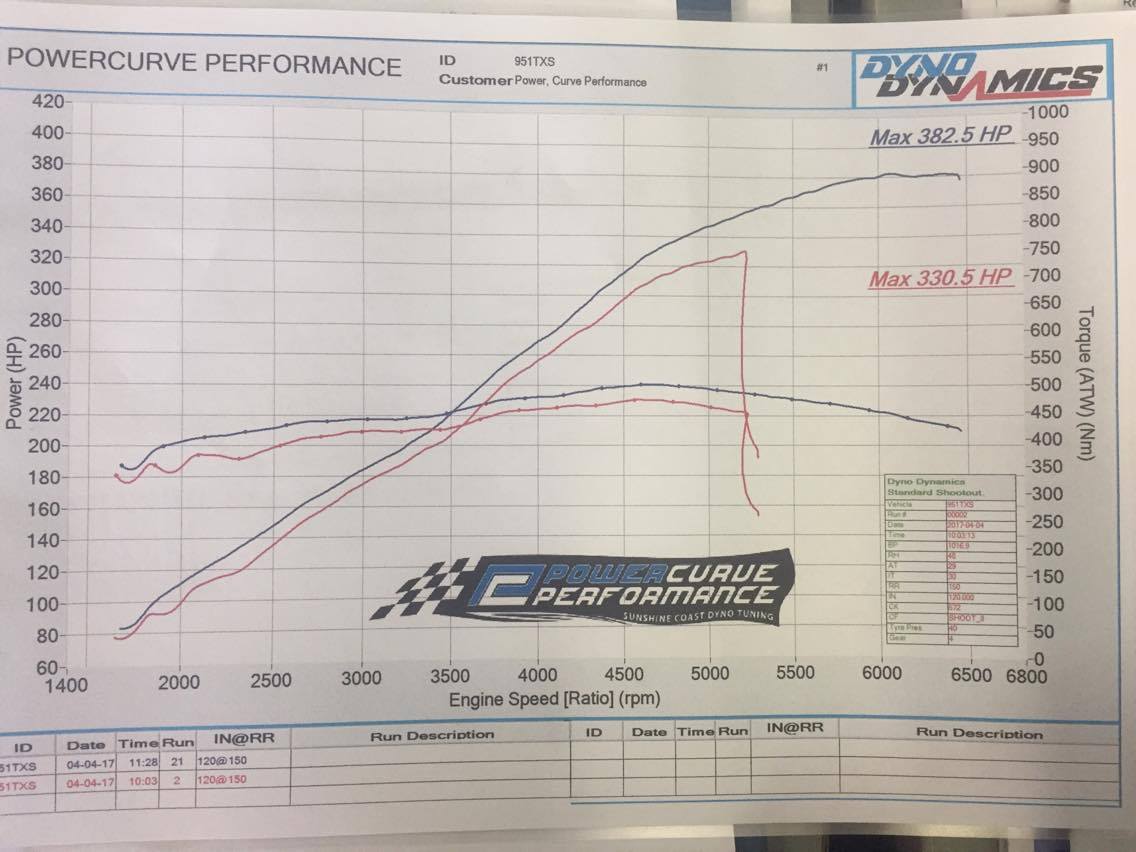 Once back to Brisbane we called the owner see if the issue had been fixed.

The fuel pump had been fixed as had the power and drivability of the engine in general.

The pre dyno figure you can see in the above dyno sheet show the wavy line in red at the start of the run where the low RPM was incorrect.

You can also see here just above 5000rmp where the limiter was dropping out prior.  All of the areas are clearly tuned with the after reading in blue.

There is also a horsepower increase of 52HP.